BACK TOGETHER AGAIN: SAM CLAFLIN JOINS KRISTEN STEWART IN THE "CHARLIE'S ANGELS" REBOOT

Variety reported on Monday that Sam Claflin will join his former "Snow White and the Huntsman" co-star Kristen Stewart in the reboot of "Charlies Angels".

Variety announced in July Stewart would be starring in the reboot with fellow angels Naomi Scott ("Aladdin") and British actress Ella Balinska ("Midsomer Murders"). The identities of who would play each angel has not been revealed.

More after the break

The Academy of Motion Picture Arts & Sciences announced their new membership class of 2017 Wednesday afternoon with our SWATH stars making the cut.

Kristen Stewart and Chris Hemsworth join the largest Oscar voting class which boasts 774 new members representing 57 countries. In the last two years, the Academy has been trying to right the wrongs of a long history of its lack of diversity which the majority of its membership was made up of older white males.

Stewart has been in the entertainment business as a child actress starring alongside some of the best actors in the business (Robert DeNiro, Jessie Eisenberg, Julianne Moore, Alec Baldwin, Jodie Foster, Forest Whitaker, Jared Leto, James Gandolfini, Melissa Leo and more).  As a teen, Stewart starred in Twilight which is one of the most successful non-comic book blockbuster film series in history.

Since the release of the Snow White and the Huntsman in 2012, Stewart has gone back to her indie roots where she has been a part of many critically acclaimed performances in films such as Clouds of Sils Maria (which she won a French Oscar for Best Actress), Still Alice, Woody Allen's Cafe Society and Personal Shopper where she teamed back up with her 'Sils Maria' director Oliver Assayas.  She was recently lauded at this year's Cannes Film Festival with her directorial debut of the short film Come Swim which she also wrote.

Hemsworth has maintained his more commercial big budget film roots in films such as the successful remake of Ghostbusters, Blackhat, In the Heart of the Sea and the SWATH pre-quel/sequel The Huntsman: Winter's War.

He continues his appearance as Thor in the Marvel films The Avengers: Age of Ultron and Dr. Strange along with his upcoming sequels Thor: Ragnarok and Avengers: Infinity War.

In one of his rare indie appearances, critics gave him praise in his role as the Formula 1 race car driver James Hunt in the biopic Rush directed by Ron Howard.

As two of Hollywood's top young talents, their membership in the Academy is well-deserved and will give more youthful insight into the Oscar voting. Congratulations to them both. Now vote vote vote! 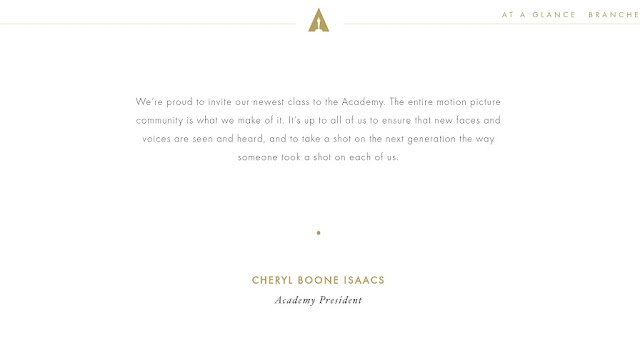 
On May 28, 2011, this site went online to support the Universal Pictures film Snow White and the Huntsman which is known by fans as "SWATH".

Since SWATH's release, we have seen the cast and crew continue to prosper with various projects which they starred, wrote, produced and even directed. From blockbuster films to critically acclaimed television shows, they have shown a range of talent second to none.


The site will continue to tweet out some of the latest updates about the cast and crew in order to keep fans informed and support their latest work. Fans will also be updated with features to take a more intricate look at their work since the film's release.  And on the side, we will chat about other things for fun as well.


So thank you for your continued support for over 6 years.  Keep a look out on Twitter to see what your favorite cast or crew member is working on next.


Always have to give thanks to Editor/Writer Cheermom who was a huge part of the operations during the pre and post release of SWATH. I couldn't have done this without her. Love her dearly.
Also thanking all others who helped along the way.


Snow White and the Huntsman Fansite

She did it! SWATH's costume designer Colleen Atwood won her 4th Oscar Sunday evening at the 89th Academy Awards ceremony held at the Dolby® Theater in Los Angeles, California.

Atwood clearly was surprised as she walked briskly to the stage to accept the golden statute for Best Costume Design. Singer/Song Writer/Oscar nominee Sting predicted she would win.

More after the break

~The Enchanting Beauty supports the film, the cast and crew giving fans more by providing features, editorials & latest news about the film and cast. ~

SNOW WHITE AND THE HUNTSMAN

Get the latest cast films for your library

See What the Cast Is Up To